The most recent games took place on the Swedish island of Gotland. For only the second time in games history TeamIOW travelled to the games by speciﬁc charter aircraft a move that solved the signiﬁcant travel issues of getting to this beautiful but remote island.

The Games Opening took place with a parade through the ancient streets of Visby as the 150 strong TeamIOW joined 2,500 competitors from 23 other Islands for the week of sport.

TeamIOW were led by Flag Carrier Amy Church (Athletics) with Imogen and Shelly Moss performing the honours for the team at the Water Ceremony. 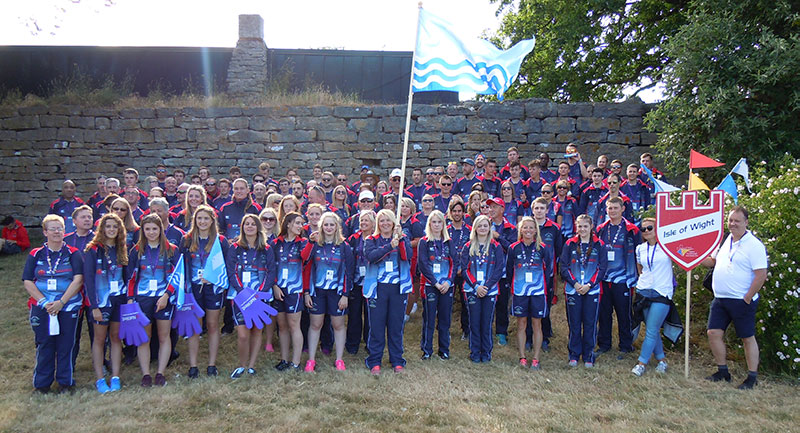 The Sporting action began on Sunday with TeamIOW straight into action in most sports. The Triathlon had horrendous conditions to contend with and the swim was shortened for safety reasons due to high wind and waves in the Baltic Sea!

Elsewhere on day one the Moss sisters struck Gold in shooting and our Ladies Football team took an impressive 3-2 win against tournament favourites Jersey and our mens Basketball team beat Isle of Man 72-56. 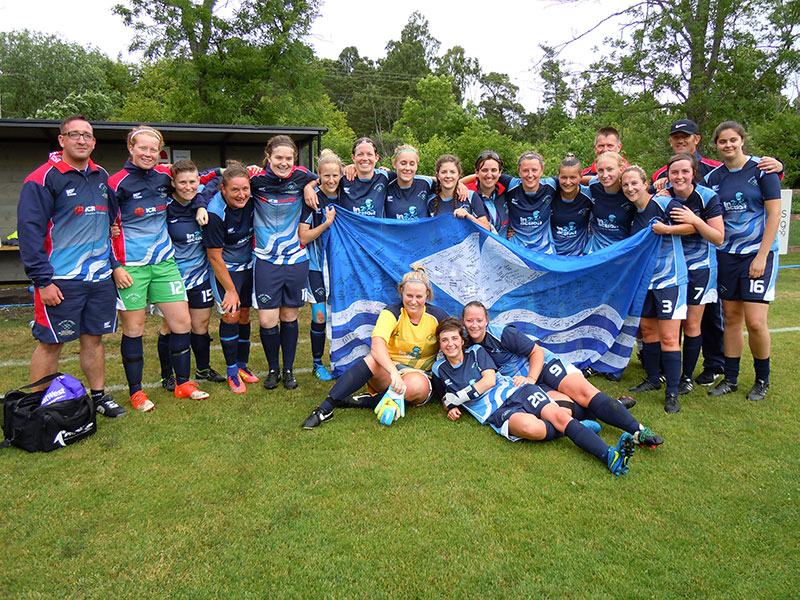 Our Shooting medal tally grew throughout the week with Imogen and Shelley adding 2 further team Golds to their haul and Matt Reed and Perron Phipps winning Gold in the 10m Air Pistol. The fact it was Perron’s birthday that day made it an extra special celebration! 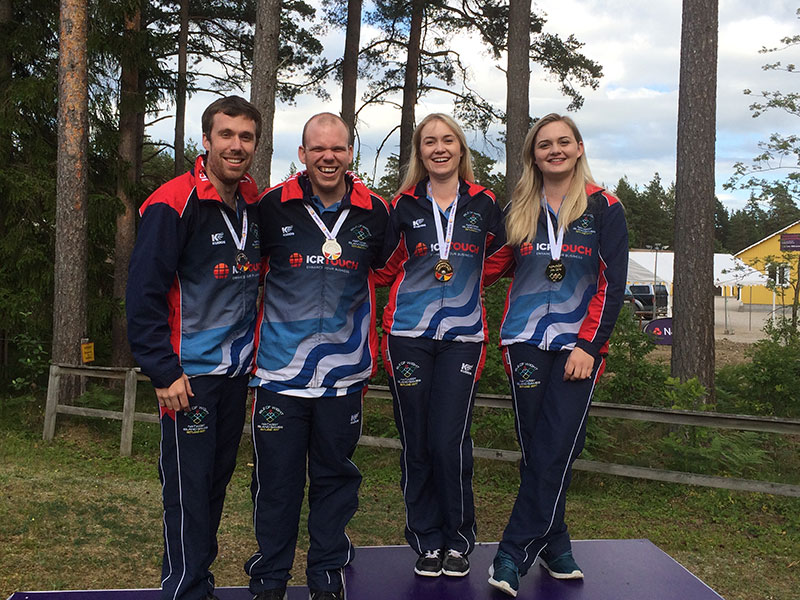 Athletics produced more medals for the Team as ﬁrst Andy First claimed Silver in the Hammer adding to his previous 8 Golds in the same event. Dan Eckersley won a brilliant Gold medal in the Steeplechase where he dominated the rest of the ﬁeld from gun to tape. The highlight of the week at the track came on Wednesday evening when Amy Church and Wallis Canning claimed Gold and Bronze in the Hammer then within minutes Dan Eckersley claimed his second Medal of the week with Silver in the 5,000m. Truly an emotional high point for the whole squad. 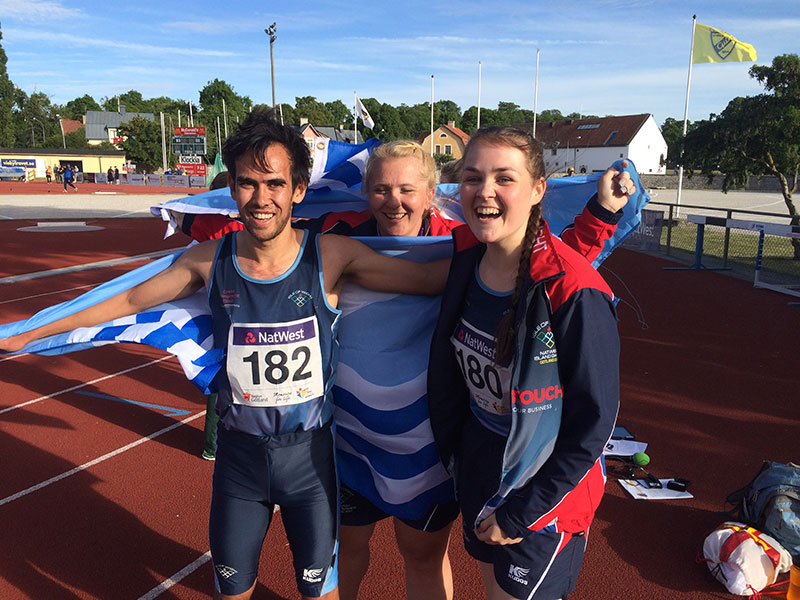 In the pool, TeamIOW had an amazing games as our swimmers put together swim after swim to break personal bests and IOW Island Games best performances, 59 in all through the week. Chloe Plater took 1 Silver and 2 Bronze medals with Lottie James and Sam Tinson-Wood also claiming bronze medals. 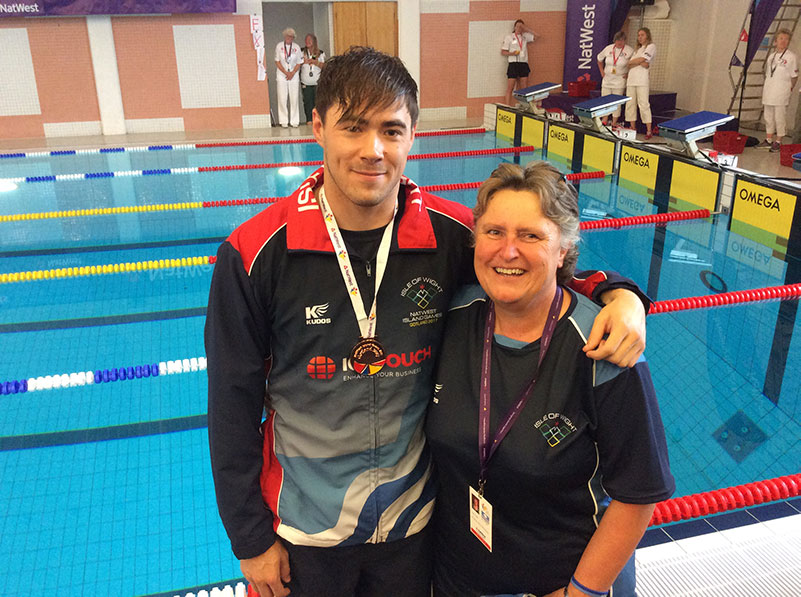 More success came in the longest event of the week with the Golfers battling tough conditions on two diﬀerent courses over 4 days. Our Ladies team once again came up with a Silver medal and Sophie Beardsall won individual Bronze to add to her previous 3 individual medals since 2003. 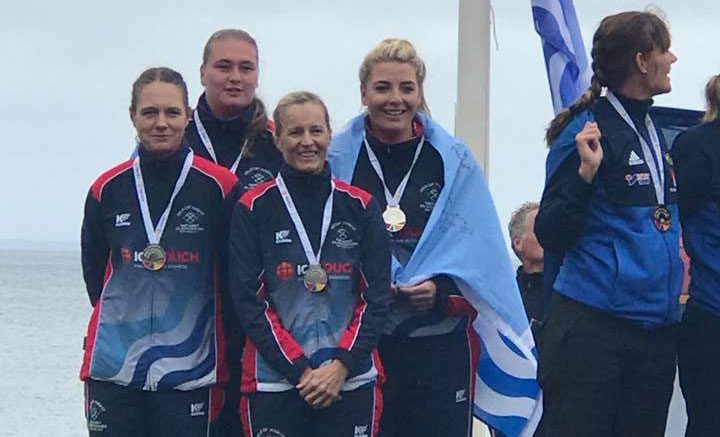 Throughout the week all the sports produced amazing performances even when missing medals. Our Ladies Football team made the semi ﬁnals for the ﬁrst time ever unfortunately ﬁnishing 4th. Our Mens Basketball team beat all other UK Islands and were ranked 5th in the tournament. In Tennis Regan Matthews and Harry Wilmott-Stanton won the Doubles Plate Final. In Gymnastics Jack Humphries ﬁnished 4th in the SET programme rings and made the ﬁnal of the FIG in the same event. Amazing considering he has no training facility on the IOW.

In the ﬁnal event of the week Charlie Metcalfe came 4th in the Ladies Half Marathon in a time which would have won Gold at all bar 2 previous Games!

Overall an amazing performance from Team IOW. 7 Gold, 12 Silver and 7 Bronze medals plus a whole host of best performances. 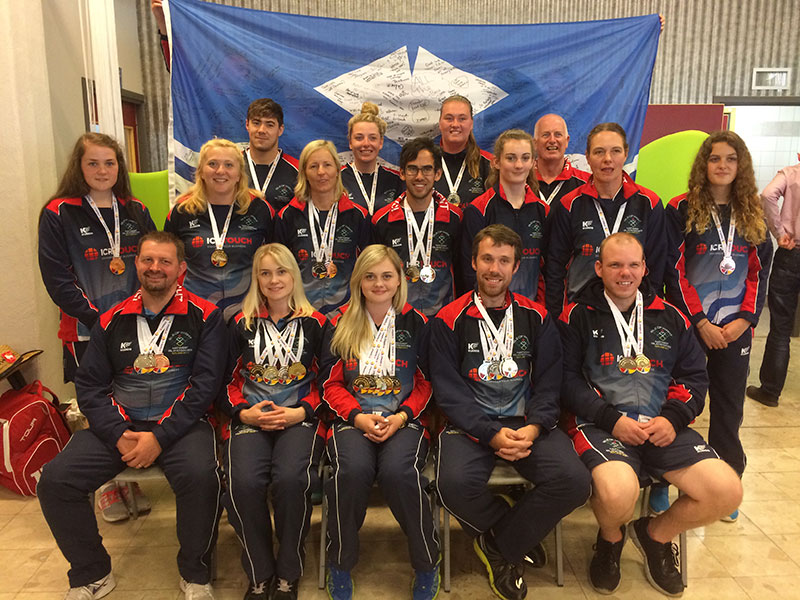