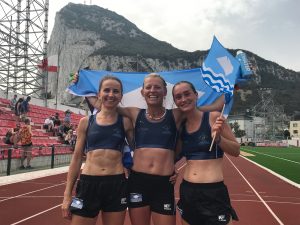 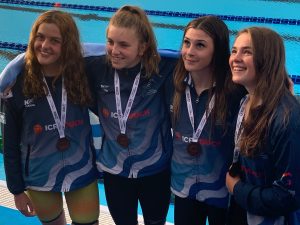 Team Isle of Wight has 20 Island Games medals after four days of competition in Gibraltar.

In judo, Dan Blinkhorn continued the team’s medal streak with gold in the men’s open category on Wednesday.

Dan Eckersley added to his steeplechase gold by taking bronze in the 5000m and Imogen Moss also won bronze in the 25m air pistol shooting.

“Medals are wonderful but we’ve also had so many competitors gaining personal bests.

“Across the board it has been a great success and hopefully we have some more to come.

“Our team is giving their best and that’s all I can ask for.

“We’ve had great support from back home, it means a huge amount, so thank you to everyone for getting behind us.”

In basketball, Team Isle of Wight signed off with a hard-fought 46-44 win against the Faroe Islands.

Six more medals were won by Team Isle of Wight on the third day of competition at the 2019 Island Games. 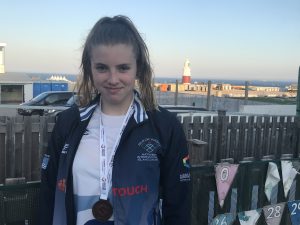 The Island ended the day fifth in the overall medal table with 15 after a gold and five bronze medals were added to the tally.

In shooting, Matt Reed and Perron Phipps won their second gold of the games with victory in the men’s team 10m pistol event.

The surprise of the day came at the track, where Mabel Lewis, who was selected to give her Island Games experience, won bronze in the ladies’ 1500m.

Athletics coach Nick Groocock said: “It was an outrageous run by Mabel.

“A medal was not anywhere near the radar for her so to win bronze was an unbelievable achievement.

“I hoped there would be a surprise or two from our team and Mabel absolutely delivered one.

“We’re super proud of her.”

Team Isle of Wight’s youngest competitor, 13-year-old Amelie Haworth, lived up to her potential by winning bronze in the ladies’ squash.

Abi Lacey, pictured, won her second medal of the games with bronze in the 200m individual medley, where just 0.5 seconds separated the top three swimmers.

And in Judo, Ben Maher won the team’s third judo medal by taking bronze in the men’s 100kg event.

The men’s cycling time trials tested Isle of Wight riders, as they had to climb the 426m high Gibraltar rock to finish the race.

George Corbin was first Isle of Wight rider home in 23rd from 48 riders.

Team Isle of Wight won five gold medals and two silvers on a memorable second day at the 2019 Island Games. 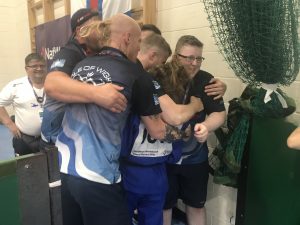 Two golds in judo and athletics, plus another in rifle shooting, took the Isle of Wight to seven golds overall.

Yesterday’s (Monday’s) heroics meant the team has already equalled its final gold medal total from the 2017 Island Games in Gotland. 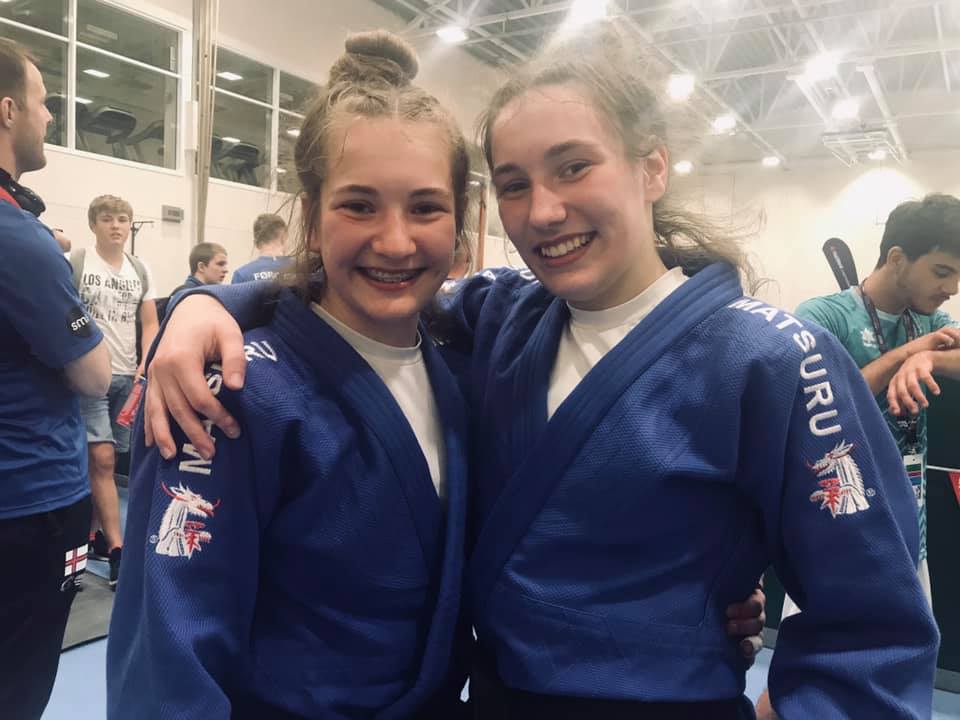 In judo, sisters Hannah and Emily Niven, aged 16 and 18, won the women’s 52kg and 63kg respectively.

Emily said: “I was quite surprised, I was just coming here to gain experience and to see how it went.

“I didn’t expect to win a medal, let alone gold.” 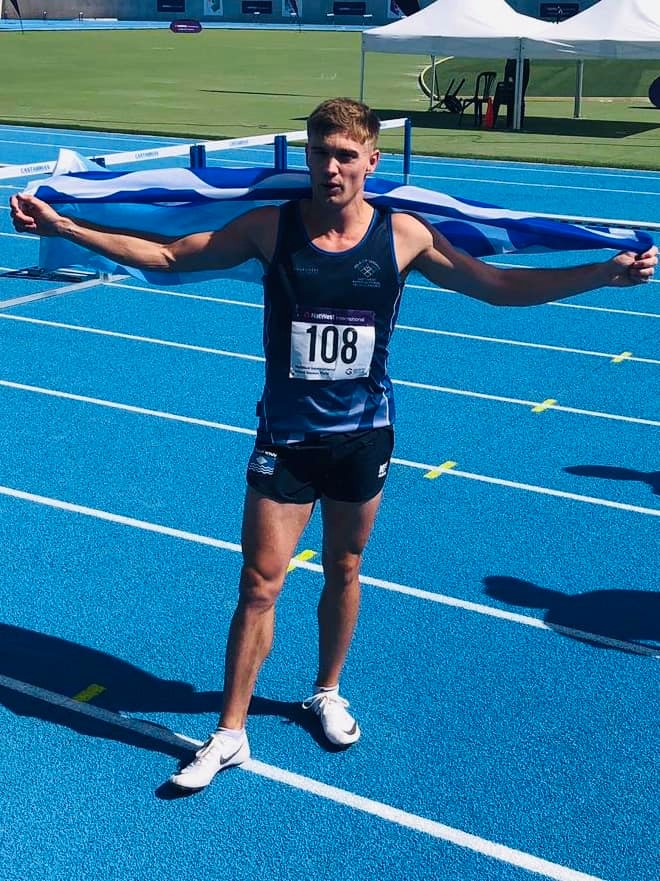 On the track, James Forman won gold in the men’s 400m hurdles and dedicated the win to his dad,

Forman said: “It means a lot.

“My dad coaches me – he’s had quite a stressful few years with illness so to come out here and win for him was amazing.

“I broke the record on the Island in 2011 – that was the aim this time but the wind was tough, at times I felt like I was almost running backwards so I just had to grit my teeth.

Eckersley said: “I came here to win it so job done, I’m happy.

“The race went to plan, the conditions with the wind made it nasty at times but it was the same for everyone.

“Really pleased and I can now focus on the 5k.”

Team Isle of Wight won their first medal in the pool after Abigail Lacey became the fastest ever Island female swimmer in the 400m individual medley to take silver.

Coach Dan Burns said: “It was an epic performance by the team, they played their absolute hearts out and while we didn’t win a medal, I could not be more pleased.

“We played Jersey and Guernsey, who both reached the final, so against a very tough group, we did brilliantly.”

In squash, Amelie Haworth, 13, battled through a tough quarter final before narrowly losing in the semi-final against the Caymen Islands.

Team Isle of Wight ended the first day of competition at the 2019 Island Games with two golds and a silver medal – all in shooting. 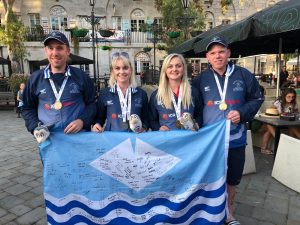 Sisters Imogen and Shelley Moss won gold in the ladies’ standard pistol team event, to follow their silver in the sports pistol.

“The pressure was ten times worse than I’ve known it before, my stomach was turning the entire time.

“It’s a big relief to win and hopefully we can add some more.”

In badminton, Team Isle of Wight beat Gotland 4-1 and the Western Isles 5-0 and in table tennis the Isle of Wight still has medal hopes after progressing through the ‘group of death’.

The men’s doubles tennis team also enjoyed a memorable victory against the Cayman Islands, who took revenge in basketball with 103-42 over the Island.

The Island’s triathletes all featured in the first event of this year’s games, with Dave Sweet first home in the men’s event in 13th.

Today (Monday), competitive swimming and judo gets underway, alongside all the other events involving Isle of Wight competitors.

The 2019 NatWest Island Games is officially underway in Gibraltar.

Around 2,500 competitors from 24 islands, including about 140 from the Isle of Wight, featured in tonight’s (Saturday’s) parade at the opening ceremony. 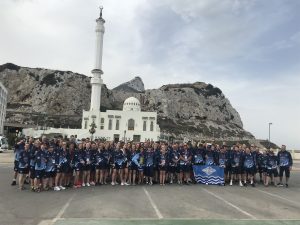 Nine-time table tennis gold medallist Dan Burns carried the Island’s flag, while 13-year-old squash star Amelie Haworth delivered the Isle of Wight’s water, which was mixed with samples from all the islands as part of a ceremonial tradition.